In 2021, the PSC considered 31 candidates and found 20 suitable for appointment to the Administrative Service.

The PSC considered 36 officers for promotion to Superscale D/Grade 7 and above, including those in the Administrative Service. Of these, 32 officers were promoted.

Appointment and Promotion of Chief Executive Officers of Statutory Boards

In 2021, the PSC considered and concurred with the agencies’ recommendation to

b) renew the terms of 15 existing Chief Executive Officers; and

There were no appeals for promotion/against termination under the Public Service (Personnel Boards and Appeals Board) Regulations in 2021.

The PSC is vested with the disciplinary control of civil servants under Article 110(1) of the Constitution of the Republic of Singapore. Civil servants who misconduct themselves are dealt with under one of the three disciplinary procedures^ listed below:

a) The Public Service (Disciplinary Proceedings) Regulations (“the Regulations”).

b) The Public Service Commission (Delegation of Disciplinary Functions) Directions (“the Directions”).

The PSC has delegated to the Permanent Secretaries, part of its functions pertaining to the discipline of officers for minor misconduct, and

The PSC has delegated to the Commissioner of Prisons, part of its functions pertaining to the discipline of junior Prisons Officers for minor misconduct.

Cases under the latter two categories are collectively known as being under “the Directions”. 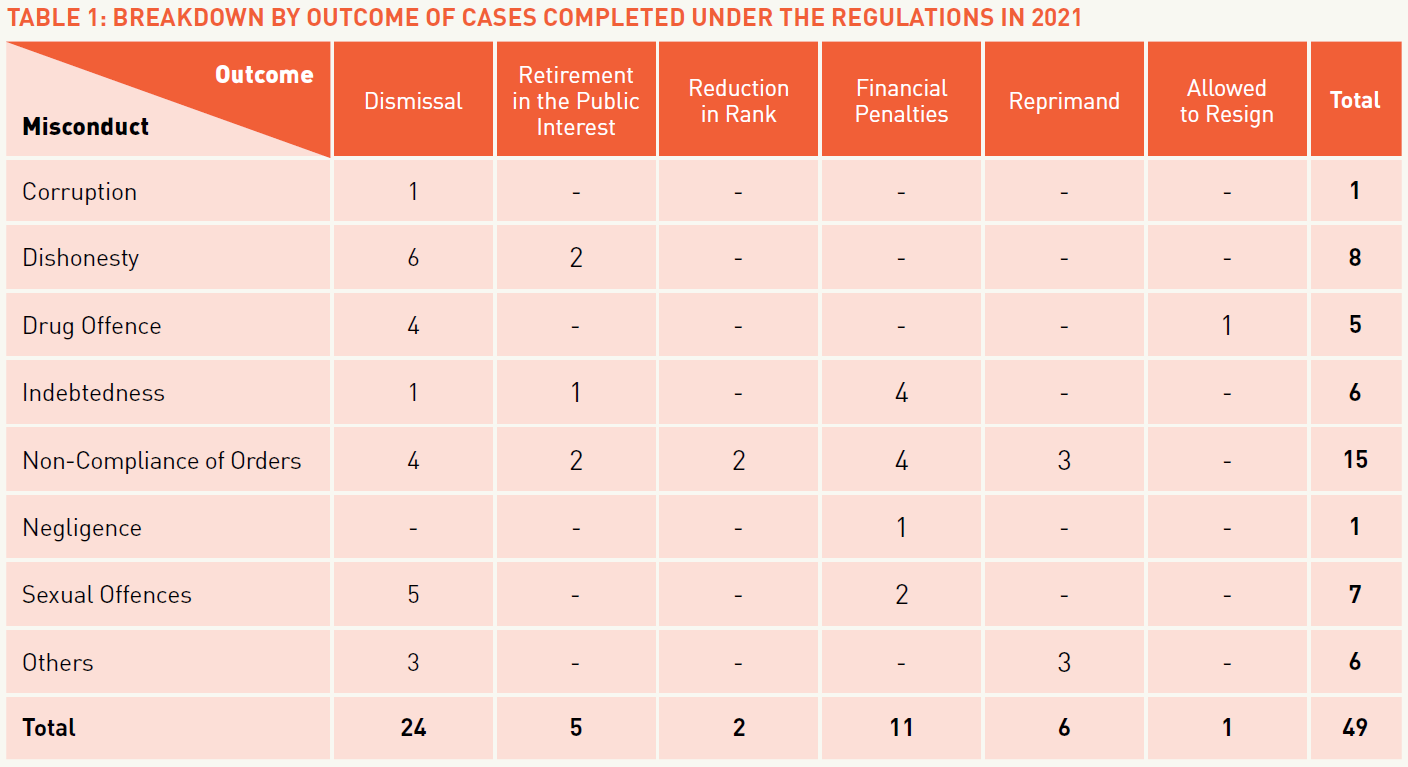